This 29th Cornwall Agricultural Fair was one for the books. After a one-year break to make way for the COVID pandemic, the fair returned to the Cornwall Village Green on September 11, 2021.

This Ag Fair was a colorful kaleidoscope of displays, activities, contests and fun that converted the Cornwall Village Green into a playground for all ages. It started out in a beautiful cool morning with people assembling displays of animals, conservation projects, baked goods, vegetables, arts and crafts and a wonderful gathering of antique farm equipment and vehicles.

Festivities were paused at 11:45 for a solemn ceremonial commemoration of the nation’s loss on that date twenty years earlier. The remembrance was accompanied by a moment of silence, prayer and the bagpipes sounding their distinctive, mournful cry. UCC Pastor Micki then gave a Blessing of the Animals including the many faithful doggie companions in attendance.

With some fanfare, the results of the Cornwall Association’s on-line auction of painted farm animals, ubiquitous on Cornwall roadsides during the past weeks, was announced. This produced welcome financial resources for the Cornwall Woman’s Society.

The fair was well attended by both long-time and new residents, including quite a few children in strollers and in arms. Jubilant kids ran after giant bubbles or went tumbling in the haystack fortress or chasing after a huge soccer ball larger than themselves.

The capstone event, as always, was the “outcome” of the cow chip raffle. The crowd migrated to the “pasture” between town hall and the library where the cows, following wise and reasonable deliberation, again selected a winner that was not us.

As the afternoon wore on and the shadows became longer, the Village Green cleared out. Displays were taken down, livestock loaded onto carriers, tables folded, farewells spoken. Many said it was the “best Ag Fair ever.” Perhaps so, at least until next year.

Postscript (The Backstory): Another September 11 rolled along, with memories of the Twin Towers still in our minds, and a beautiful and poignant color drawing on the cover of the Ag Fair program by Spencer Markow. It was the 29th Cornwall Agricultural Fair, skipped last year due to the pandemic, but it came roaring back with full sunshine on this Saturday. Masks were requested, but not mandatory.

The first fair in 1992 was the brainchild of a group of Cornwall farmers, among them Chris Hopkins, Gordon and Jayne Ridgway, Joyce and Phil Hart, Larry and Karen Stevens, and Fred and Lynn Scoville. The original agenda was already ambitious: Cornwall-grown produce, home preserves and baked goods, cut flowers and arrangements, all judged in two categories, adult and children under 12, as well as non-judged exhibits of photographs, drawings and other art with an agricultural theme. The Fire Department sponsored the first Cornwall Cow Pie Raffle to raise funds for the ambulance.

The fair’s first and only postponement occurred in 2004, courtesy of Hurricane Ivan. Not to be deterred, the action moved to Town Hall the following day, thereby avoiding overturned displays and scattered flower arrangements, and leaving only a 300-pound pumpkin on the front steps. But nothing is so bad that no good comes of it, right? (or so my grandma declared), so it was the catalyst for indoor displays going forward, such as agricultural photography, art and poetry, fishing and forestry.

As time went on, Bill Dinneen became Chair of the newly founded Agricultural Advisory Commission, and local organizations joined the celebration of abundance—among them Cornwall churches, the Historical Society, the Cornwall Child Center—as did the events that varied from year to year: an adult hay toss, petting zoo, bubble gum contest, hayrides.  There was a T-shirt contest (not what you’re thinking)—”dirtiest, most original, prettiest, ‘let your imagination run wild.'”  There were calls for “the most unusual item found in your garden this year”, and your favorite plant—”prettiest, smallest, ugliest or largest.” And the event that has never missed an Ag Fair since its inception: the newly named Cow Chip Bingo, sponsored this year by the Cornwall Volunteer Fire Department. 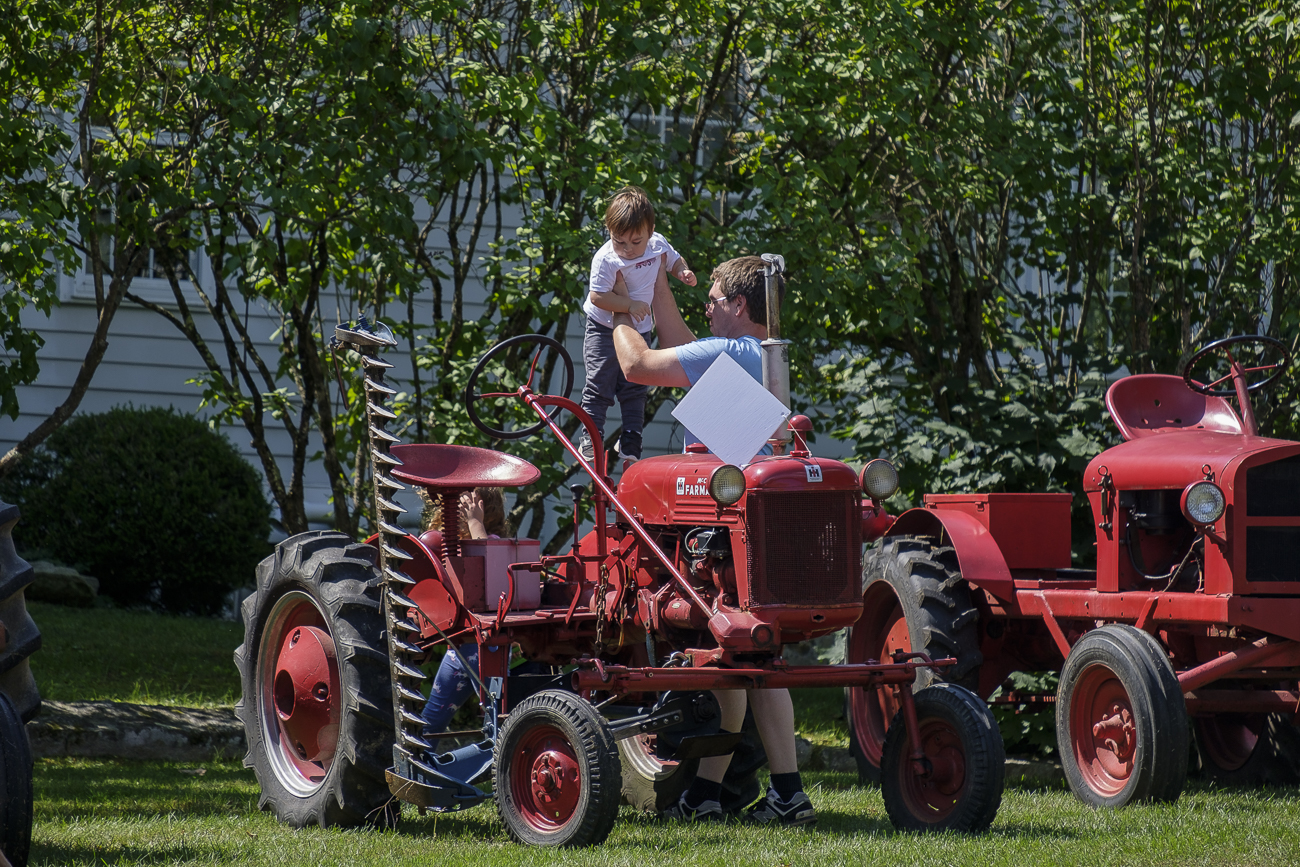 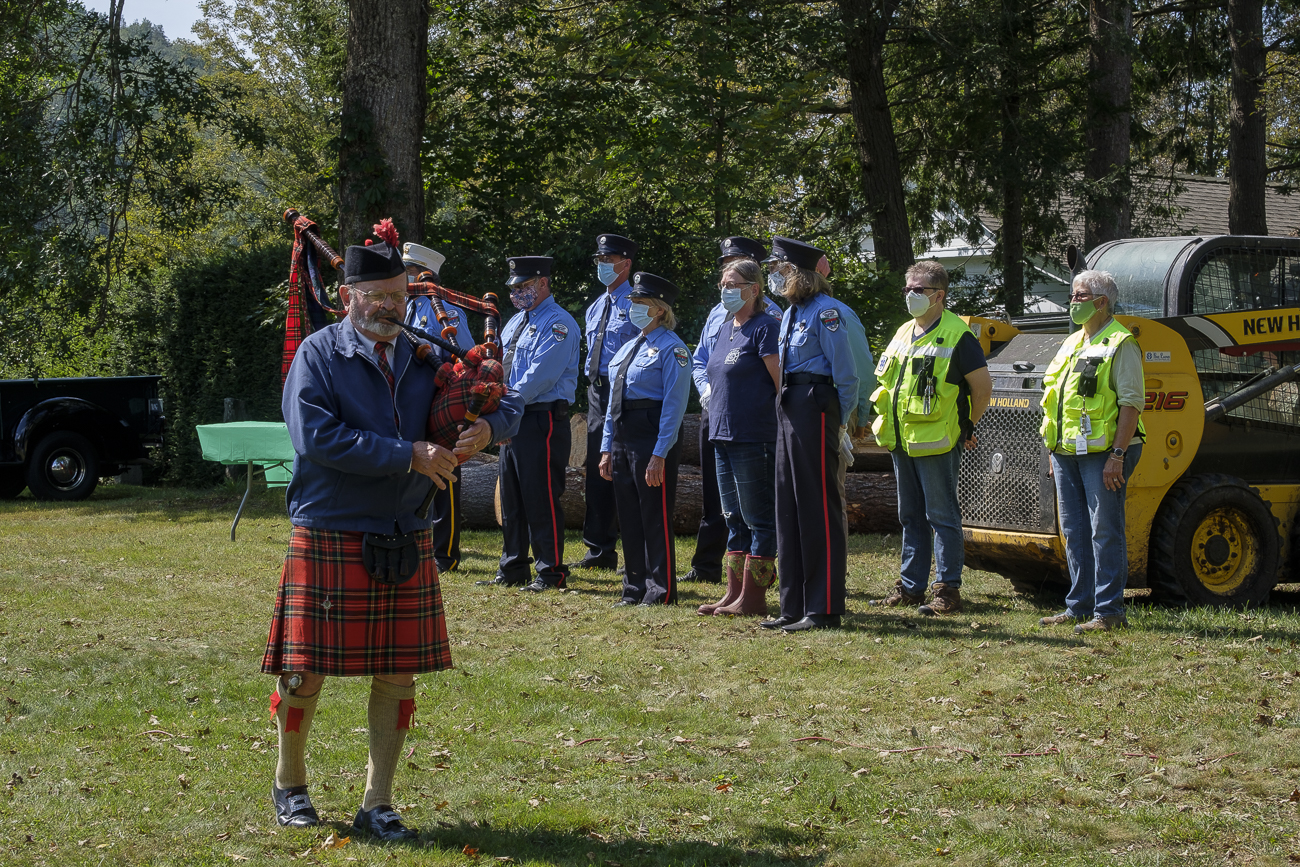 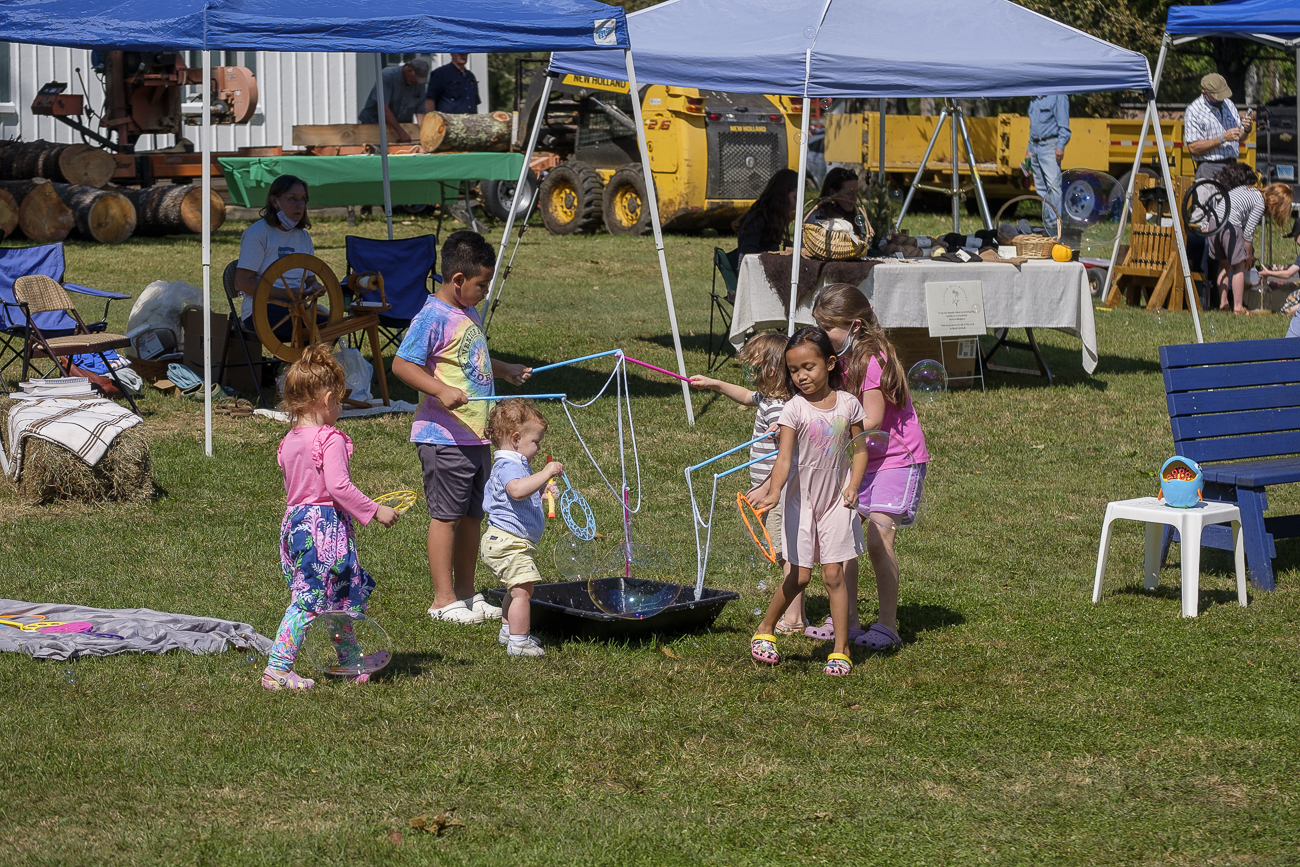 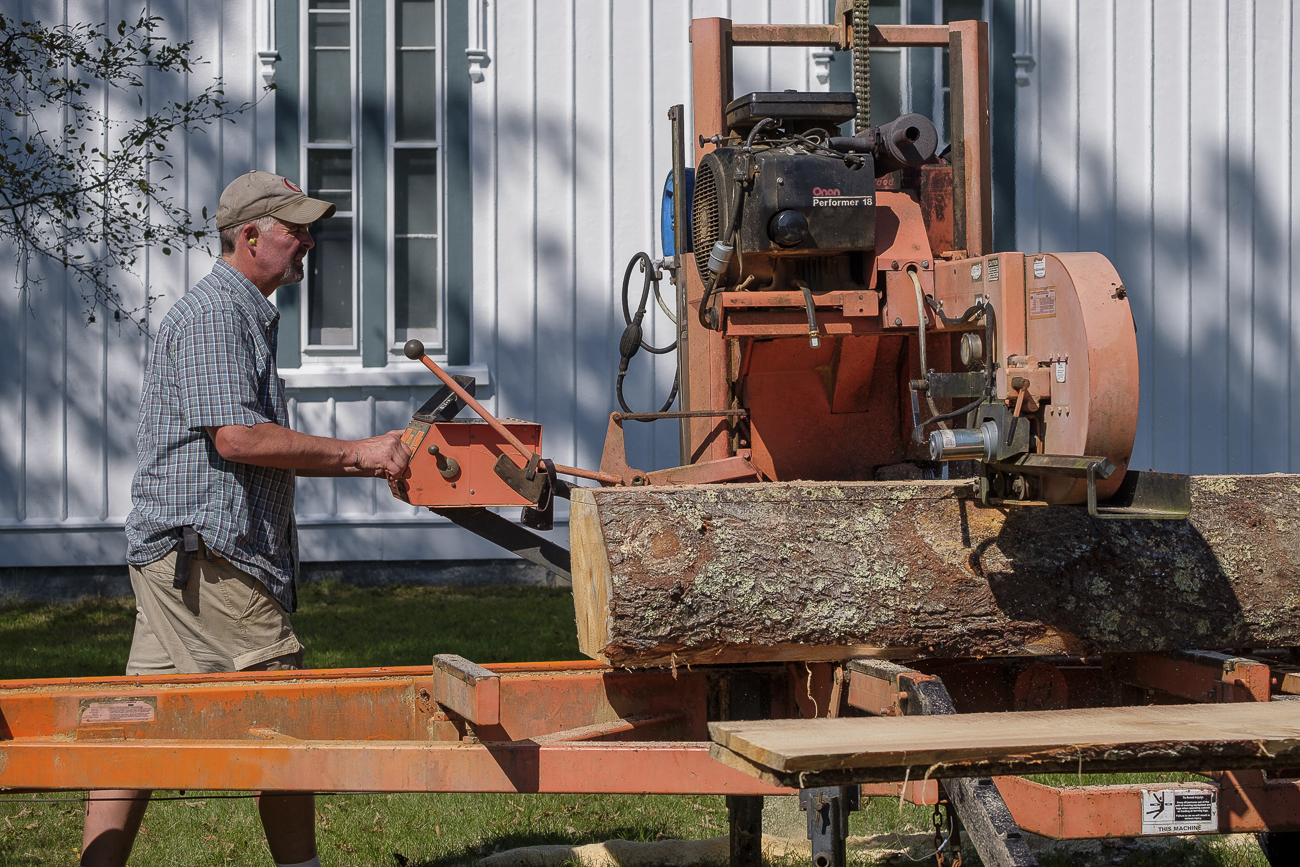 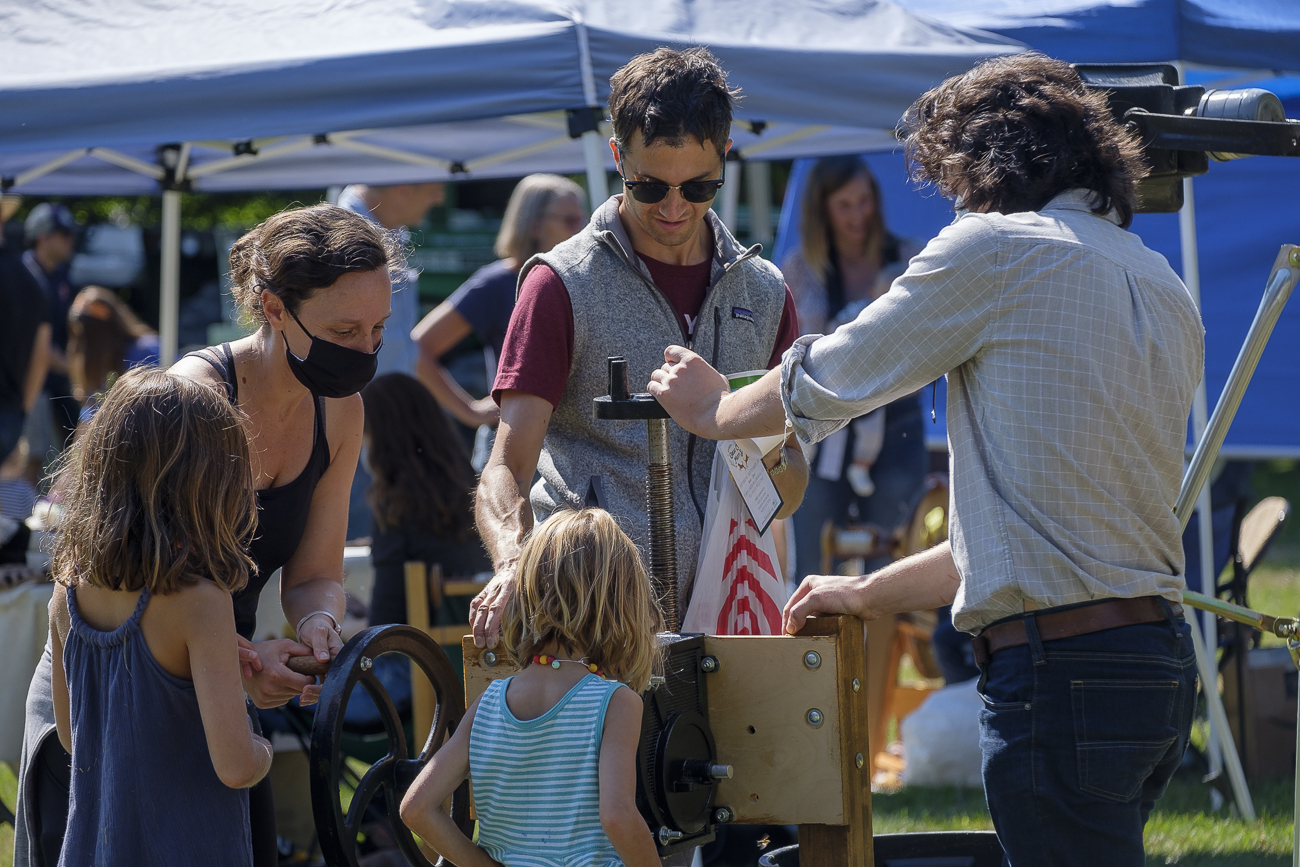 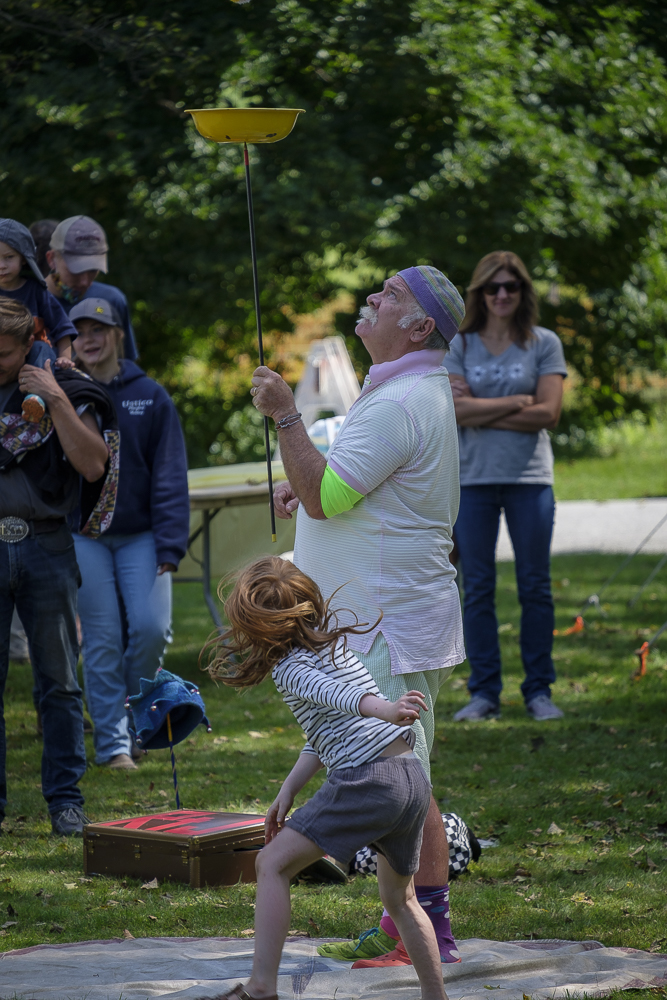